During its 27 years as an independent institution, the Kitchener School of Medicine in Khartoum, Sudan, was recognised internationally as a pioneer of medical education in Africa. Many of the students who graduated with the diploma of the Kitchener School of Medicine (DKSM) went on to leading roles within the Sudanese Medical Service and also in politics and civic life, helping establish the new Sudan after independence in 1956.

From the beginning the Kitchener School maintained links with the Royal College of Physicians (RCP); several lecturers, assessors and outside examiners were fellows and in time a number of Sudanese graduates became members and were elected to the fellowship.

The idea for a medical school was reputedly first put forward by Lord Kitchener (governor general of Sudan from 1898 to 1899) on his last visit to the country in the summer of 1914, but the plans were temporarily suspended during the First World War. Following Kitchener’s death at sea in 1916, the decision was made to name the proposed medical school in his honour. A site in Khartoum was donated by the government, and construction began in 1922. The new school was opened by the governor general Sir Lee Stack on 29 February 1924, with Khartoum Hospital (established in 1908) becoming the main teaching hospital.

There were precedents in Africa; in 1827 a medical school was founded by the French Army in Cairo, Egypt, which became the Kasr Al Ainy Medical School, and in 1917 a school was established at Mengo Hospital in Kampala, Uganda.

The first faculty members at the new Sudanese school were doctors from the government’s Sudan Medical Service and staff from the Wellcome Research Laboratories, which was established in Khartoum in 1903. Herbert Chavasse Squires (1880–1964) became the director of Khartoum Hospital in 1924 and in 1926 was appointed as the first lecturer at the medical school. He was later joined by other staff, including another influential physician and lecturer, Roy Mervyn Humphreys, Finlay Mayne, a senior surgeon, and J S Hovell, a gynaecologist.

The initial idea was to give Sudanese students a general medical education, so that they could take up posts as doctors within their own country: there was no expectation that the graduates would specialise or take higher qualifications abroad. The intake to the 4-year course was small (limited to just 10 a year until 1938) and was made up of students from the Gordon Memorial College, the country’s leading secondary school.

In 1933 Sir Eric Pridie (1896–1978) became director of the Sudan Medical Service and of the Kitchener School. During his tenure he encouraged Sudanese appointments to key posts, sometimes against fierce opposition, and pushed for higher standards. His aim was to make medical education in Khartoum comparable to UK medical schools, partly to allow graduates to go on to higher training abroad. In the 1930s the curriculum was developed and the course was gradually extended, lengthening to 6 years in 1939.

In 1938 the Kitchener School was partially recognised by the royal colleges forming the London Conjoint Board. From that date graduates who had at least 2 years’ hospital experience after qualification were eligible for admission to the final examination of the board (the MRCS LRCP qualification) on completion of 1 year’s practice in a recognised hospital and medical school in the UK. In 1946 full recognition was given by the Conjoint Board and, from the 1940s, the RCP also began to allow graduates of the Kitchener School to take the membership exam, on the production of a letter of recommendation from the director of the Sudan Medical Service.

From the late 1920s, graduates of the Kitchener School began to progress to key positions within the Sudan Medical Service. Among the first to graduate, in 1928, was Ali Bedri (1903–1987). After qualifying, he became the first Sudanese to hold the post of senior medical officer at the Omdurman Hospital and Khartoum Hospital. In 1937 he went to the UK for further training at Hammersmith Hospital in London, and on his return was appointed as an assistant deputy director of medical services. In 1949, he became a member of the first legislative assembly and was appointed as minister of health. He was the first Sudanese to be elected as a fellow of the RCP, in 1952.

Adbel Halim Mohamed Halim (1910–2009) graduated from the Kitchener School in 1933, and 6 years later went to the UK for further training in general medicine and cardiology. In 1950 he became the first Sudanese director of the Omdurman Hospital, and in 1953 was appointed as a senior physician to the Ministry of Health and also director of Khartoum Hospital – again the first Sudanese to hold these posts. He was also an influential lecturer at the Kitchener School of Medicine and later at the medical faculty of Khartoum University. He was one of the founding members of the Sudanese Medical Association and the first president (from 1949 to 1965). He became a fellow of the RCP in 1962. 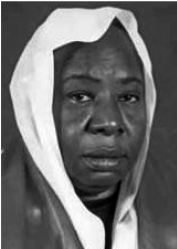 Daoud Mustafa-Khalid (1917–2008) graduated with the Kitchener School in 1940. In 1950 he was awarded a scholarship to London to study internal medicine, and gained his MRCP in 1952. In 1953, on his return to Sudan, he became a lecturer at the University College Khartoum, and, in 1963, he was appointed as the first Sudanese head of the department of medicine at the University of Khartoum. A decade later, he became dean of the medical school. He also established neurology as a specialty in Sudan, and was a founding member and president of the first Sudanese neurological society. He gained his FRCP in 1967.

Over the 27 years of the Kitchener School of Medicine’s existence as an independent institution, 106 Sudanese doctors qualified with the DKSM, including two women, Zaroa Vahan Sarkisian and Khalida Zahir (d.2015). On 1 September 1951 the school was officially incorporated into the new University College of Khartoum, which after independence in 1956 became the University of Khartoum.