Skip to main content
Escaping the holocaust: the stories of three RCP fellows

Many of those interviewed for the RCP oral history project have a Jewish heritage. The families of some came to the UK in the Jewish diaspora of the late 19th and early 20th centuries. Others arrived throughout the 1930s, moving first to countries neighbouring Germany and then to the UK as Hitler’s expansionist policies became apparent. This post looks at three of their stories.

Approximately 70,000 Jews from continental Europe came to Britain as refugees before the outbreak of World War II. Supported by organisations such as the Academic Assistance Council (now the Council for At-Risk Academics) those involved in medical research or clinical work had a marginally easier escape route from the Nazis than many. However, contrary to public belief, British immigration policy towards refugees in the 1930s was strict. In her 2001 book Whitehall and the Jews 1933-1948, Louise London noted that ‘The process was designed to keep out large numbers of European Jews – perhaps 10 times as many as it let in’. Even professional people with a sponsor to help them found the process far from easy.

Dr John Goldsmith was born in Oberkassel, Düsseldorf, in 1924. Following the murder of his stepfather in 1933, he and his mother, a dentist, moved to Amsterdam and subsequently – at the invitation of the British Dental Association – to Cambridge. In his interview he recalls both his education at public school, organised by activist Greta Burkill, and his experience of being interned:

"On my sixteenth birthday I saw a policeman walking across the quad to the headmaster’s house, and  I knew what was coming, because another refugee had been interned, and I knew they were coming for me. So I stopped writing the English essay I was writing at the time and the policeman came, very nice, very polite.

They took me home, told my mother to pack a suitcase for a few days and I was taken by car to Bury St Edmunds. And after, I don’t know exactly how long, we were taken to Huyton near Liverpool to a new camp ... My house contained three people who subsequently became fellows of the Royal Society; it was a very learned house. There, one day, we were taken by boat to Glasgow and put on another boat ... and taken to Canada."

Following a reversal in government policy, Dr Goldsmith was able to come back to Britain, complete his schooling and take up a place to read medicine at Guy’s Hospital. His experience was a strange combination of opportunity and injustice.

Professor Stephen Spiro's parents came to London in 1938 when opportunities for Jews to leave Nazi Germany were fast diminishing, and were only able to stay by chance:

"My parents were German Jews, they grew up in Augsburg and Trier and my father then studied in Berlin. He was an engineer, and of course sadly they got hopelessly involved in the Nazi rise in Germany. And he came over to the UK for a week during which he had the opportunity to get a job in Britain and if he didn't get a job he wouldn't be able to come to the UK ... The penultimate interview that he had was for Marks & Spencer ... and he decided that whatever question he would be asked he would just answer in the affirmative. He said yes to everything and perhaps not to any great surprise he didn't get the job.

As he was about the following day to go back to Germany, he realised that he had lost his Montblanc pen. And he thought he may have left the pen at the place that he was interviewed ... so he went back about two hours before he was due to get his boat back to Germany. And he went back to the office, the secretary said, ‘Mr Spiro, I'm pleased to see you, is this your pen?’ And not only that they said ... ‘I'm very pleased that you've come back because the person we gave the job to didn't want it and the job is yours.’ And that single incident was the sole reason ... they got to the UK." 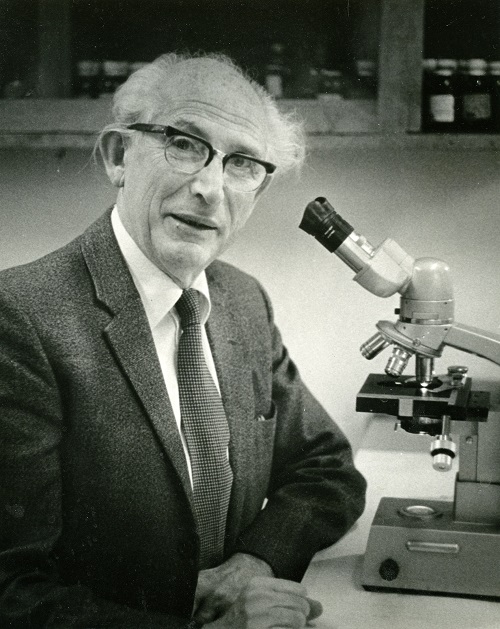 In his interview, Dr Eric Beck explains how Jewish physicians could come to Britain to work on research programmes, but that the authorities wouldn’t recognise the German medical degrees of those that wanted to do clinical practice:

"He [Dr Beck’s father] had to re-sit his final exams in a strange language which he didn’t speak to get back on the register. So my early memories are of him coming home from work at night, going upstairs and reading his medical textbooks in English … So he spent every evening swotting for his exam which he finally got in 1938 and that enabled him to join the medical register and be, as it were, a fully-fledged doctor."

Dr Beck’s father was originally from Czechoslovakia, which, he believes, helped him to fit in at school as children of German refugees often experienced bullying on account of their nationality.

Bullying, the requirement to requalify and the risk of internment shows that even once they had escaped the Nazis the battle, particularly for German Jews, to gain acceptance and respect was not over. Nevertheless, it is certainly true that the flight of Jewish families from mainland Europe to Britain saved many lives and that Britain, in its turn, benefited greatly from the invaluable work of those that came and that of their descendants.