Our exhibition ‘This bewitching poison’: alcohol and the Royal College of Physicians doesn’t end when you leave the RCP building. Today we look at some of the plants in the RCP medicinal garden that have been, and still are, used in the production of alcoholic drinks.

The alcohol that we drink is ethyl alcohol, which can be made by fermenting sugars from plants using a yeast, commonly one called Saccharomyces cerevisiae. Plants that contain other carbohydrates, such as starch (eg grain and potato) can be used once the starch has been converted to sugar. Fermentation will produce up to 14% alcohol because at this concentration the yeast is killed, thus preventing further production of alcohol. Wines and beers are common products made this way.

Fractional distillation will separate alcohol from water and can produce up to 95.6% alcohol, but the usual maximum concentration permitted for consumption is 40%. Such drinks are known as spirits or, if sugar is added, as liqueurs. Almost any fruit can be used to make alcohol: cider from apples is one of the best-known examples. Sap from plants – extracted by crushing the plant or tapping the sap (eg from birch trees) – is less commonly used. Many alcoholic drinks are flavoured with extracts from other plants, such as juniper berries for gin. 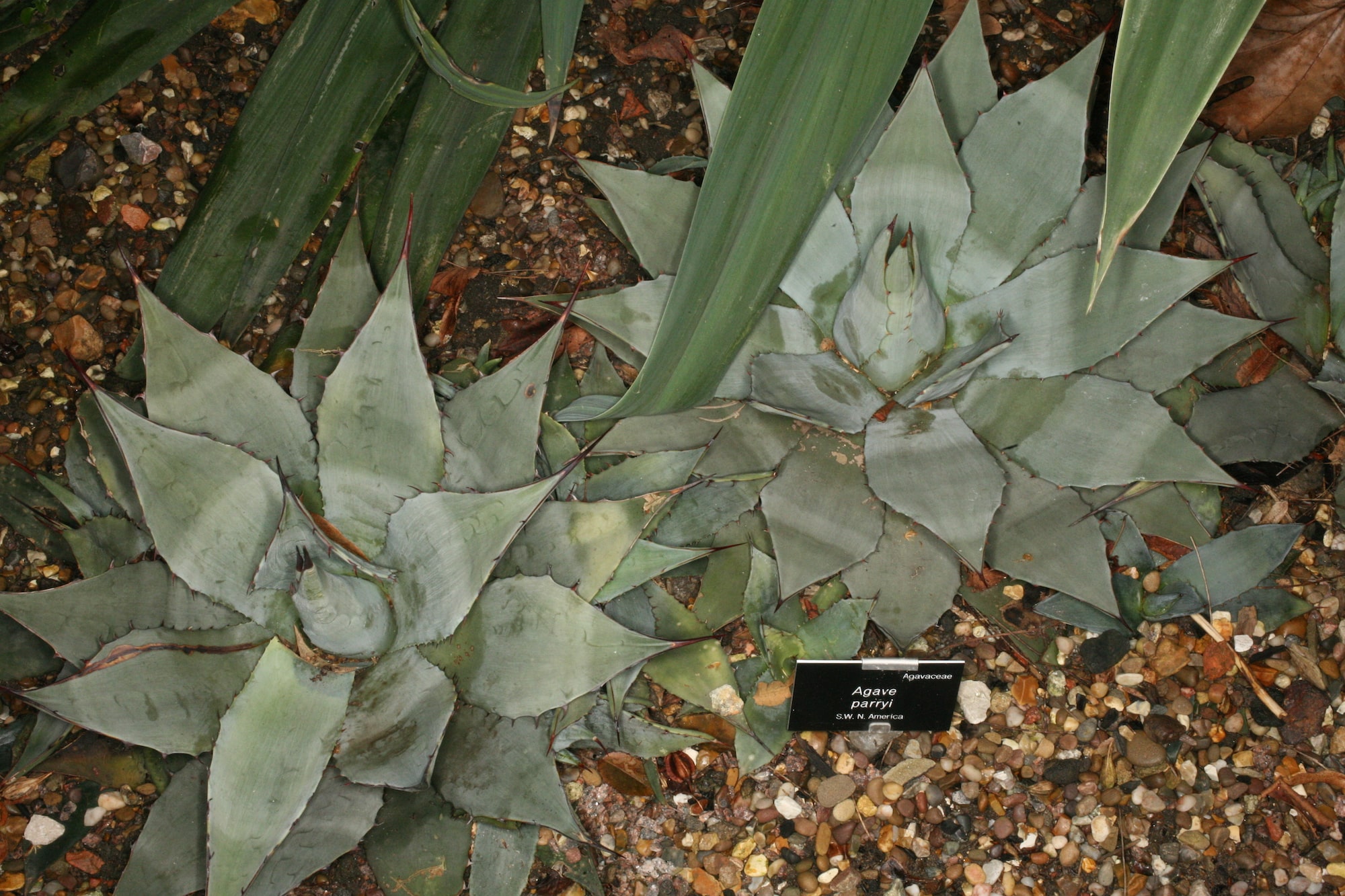 Plants used in the production of alcohol: agave (Agave parryi)

The RCP garden has introduced an ‘alcohol trail’ with bright orange labels to indicate some of the many plants that have been used to make the drinks that are enjoyed around the world. In Latin America agaves are fermented to make mescal; Russian vodka is made from distilling the fermented juice of crushed potatoes.

Alcohol is, of course, a neurotoxin. Small doses are relaxing and disinhibiting, but larger doses cause incoordination and confusion (drunkenness), vomiting, eventually leading to unconsciousness. These neurotoxic effects persist for hours after blood alcohol levels fall to zero. You can find out more in our report Alcohol: can the NHS afford it, as it notes many of the physical hazards linked to alcohol consumption.

There is also a stark correlation between the rise in alcohol consumption and the reduction in the cost of alcohol over the last 50 years. For example, 50 years ago a coffee in a ‘coffee bar’ cost 5p (very expensive at the time) and a bottle of vodka was £5 (100 times more expensive). Now a bottle of vodka costs the same as three coffees in a regular coffee shop. It is little wonder that excessive alcohol consumption in 2012 was associated to 1.2 million alcohol-related hospital admissions in England that year.

Plants used in the production of alcohol: wormwood (Artemisia absinthium)

So, walk round the garden, use the leaflet (available at the garden entrance) and the orange labels to find the plants that make alcohol, from the lowly carrot to the surprising cowslip and the silver birch trees. Look for those which flavour beers and spirits from juniper for gin, to artemisia for absinthe, and the hop bush (Dodonaea) that was used to flavour Australian beer and adulterate Peruvian coca.