As part of our season of posts about women’s history, today we welcome Katherine McAlpine, writing about the first female commissioned officer in the Royal Navy, Attracta Rewcastle.

One of the great things about being a Museum affiliate is you get invited to the openings of new exhibitions, and last month I was lucky enough to be invited to do exhibition openings on consecutive evenings: the opening of four new galleries at the National Maritime Museum, creating the new Exploration wing, and the opening of This vexed question: 500 years of women in medicine at the Royal College of Physicians.

While on the face of it, the four new galleries at the National Maritime Museum seem to have little to do with 500 years of women in medicine, were it not for the efforts of one women, the fantastically named Attracta Rewcastle (1897–1941), who was the very first female doctor in the Navy, and whose medal is now on display in the Sea Things gallery at the National Maritime Museum. 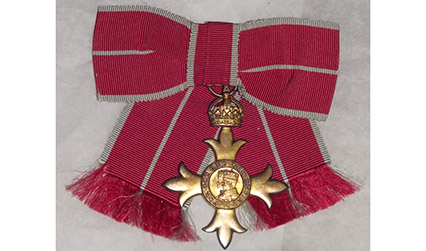 Badge of the Order of the British Empire awarded to Dr Attracta Rewcastle (1897-1951).

Rewcastle was the Navy’s very first female commissioned officer, and her role was to check the fitness of those joining the Women’s Royal Naval Service, or the Wrens. She was its first female doctor, appointed in 1939, decades after women were first allowed to practice medicine in Britain. By virtue of being the only female doctor, for some years she was the only woman in the wartime services paid the same as men, as female doctors had to be paid the same as men. She was able to achieve this because of the support of a professional body, highlighting the importance of the role of institutions such as the Royal College of Physicians to either support or block advances in issues such as pay. 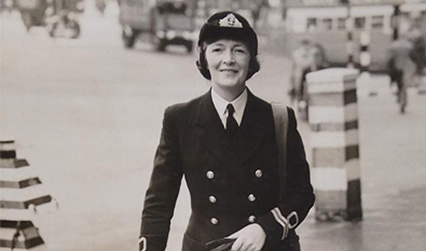 Although Rewcastle herself left in 1947, by May 1945, there were another 40 female doctors in the Royal Navy. Following the publication of the Waverley report in 1958, efforts were made to attract even more women to the naval service, motivated not by a sense of progress, equality or doing the right thing, but more by practical concerns that there were not enough personnel overall and women might help plug the gap. As a result of scholarships offered to medical and dental students, numbers of female naval doctors increased, but due to a strange naval quirk of women not being allowed on ships, they were limited in their usefulness to the Navy, and therefore their careers.

We still don’t know enough about the collective experiences of these women. How did they experience the Navy and medical service differently from their male counterparts? Were it not for Rewcastle’s own idiosyncratic name, the curator may never have spotted her in the Museum catalogue, and we may never had heard of her. (Her husband was called Cuthbert Snowball Rewcastle – I can only imagine they met at an unusual names convention and hit it off).

This highlights how easy it has been in the past to overlook the contributions of women, how they have languished in the stores, and how great it is that places like the National Maritime Museum and Royal College of Physicians are doing their bit to recentre women’s history in our museums.

Katherine McAlpine is the London representative for the Museums Association and committee member for the British Society for History of Science Engagement Committee. She worked at the National Maritime Museum on their Exploration Wing.