Skip to main content
Disease is in the air: exploring the relationship between health and smell 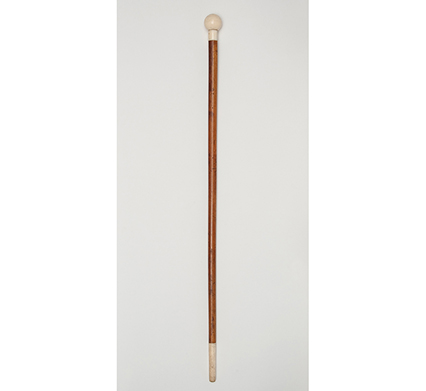 There has been a longstanding relationship between health and smell. In early civilisations smell was part of rituals and everyday life, for example through the use of aromatic herbs and incense. From ancient times in Europe and China, there was a widespread belief that diseases travelled through the air. This was called the miasmatic theory and good-smelling air was therefore very important.

Before the understanding of germs, bad or foul air was regarded as the cause of infections and the spreading of diseases. In fact, prominent scientists of that time believed that bathing was bad for one’s health, as water would soften the skin and weaken the flesh! From the 14th to the 18th century, Europe was affected by many plagues. To prevent further the spread of illness and to combat the stinking smell of sickness, bad smell was fought with the sweet smell of aromatics. Cities went as far as to build bonfires with aromatic scents in public places and accessories to overcome the stench of disease became popular.

The preventive power of good smell was also used by doctors, especially ones treating patients affected by the plague, to protect themselves from catching the disease. To avoid breathing the disease-causing odours, doctors in the 17th, 18th, and 19th centuries would wear a special beak-like mask. This mask was created by rolling a card and filling it with dried flowers, herbs and spices.

Doctors would also carry a cane with them, which for centuries has been a symbol of success for a physician. The more expensive canes had a vessel for a pomander within the handle, to prevent the doctor from smelling the foul air and becoming infected.  An example of such a cane can be seen in the picture to the right. This is an ivory-handled pomander cane, dating from around 1830. It has a hollow handle into which aromatic substances are placed. With a cane like this, a doctor felt protected from catching a patient’s disease.

In European cities during the Renaissance, bad air was constantly present due to filth being thrown on the streets and poor hygiene standards. However, people had their own accessories to protect them from the stench and hence from catching a disease. Wealthy lifestyles and powerful trading ties to the East led jewelry-makers to create their own version of scent-filled containers that modeled the original pomanders from Arabia, which were just fruit studded with cloves. These new Western pomanders were beautifully carved metal balls filled with sweet-smelling herbs and worn around the neck. The two pomanders in the Symons collection of the RCP Museum date from around the beginning of the 18th century and were made in Germany. Pomanders came in different sizes and shapes and as seen on the pictures below, one pomander is vase-shaped, whereas the other is egg shaped. They both contained a waxed ball soaked with scent, such as ambergris, musk or cloves.

In the 18th century, chemists succeeded in developing more powerful vinegars and essential oils, which enabled the production of smaller scent-smelling containers. These new objects became known as vinaigrettes and were used until the end of the Victorian era. Although similar to the pomanders in their use, the vinaigrettes had a slightly different composition: the basic scent was produced by combining vinegar with herbs and spices, which was then added onto a sponge and placed inside the tiny box. The smell would escape through the perforated lid and would relieve the wearer from the bad smelling air, as well as offering a sense of protection from infectious diseases. Because acid was corrosive, the grill was often gilded (gold-lined or gold-plated) to prevent the silver from deteriorating. The vinaigrette pictured below is part of the Symons collection and was made in Birmingham in 1816. On the second picture the gilded grill is visible.

It wasn’t until the mid-19th century that the work of John Snow started to shed light on the relationship between germs and diseases. Although he did not use this term yet, he shared his ideas that epidemics and diseases spread through contaminated water sources and not through foul air. By the late 19th century, the miasma theory was finally replaced by the scientific germ theory of disease and strong perfumes were no longer regarded necessary to combat the spread of diseases. Along with rapid improvements in hygiene standards, the perfume industry moved from its pharmaceutical purposes to become a fashion accessory.

In the Victorian era, new notions about the separate spheres of each gender became popular, and by the 1820s, the vinaigrettes were almost exclusively used by women. Not only did such an accessory add to their fashionable appearance, but it had a practical purpose as well. Likely due to the tight corsets, fainting women were a common occurrence in Victorian times. To prevent this, bigger double-ended scent-smelling containers appeared in the market. Such objects could carry a perfume on one side and smelling salts on the other. Smelling salts, which were an ammonia-based inhalant that used to revive people who were feeling faint, became so popular that even police constables carried them in a whistle-sized container to revive fainting women. The double-ended scent bottle pictured below is part of the Symons collection and was made in London in 1861. It has a decorative silver cap end on each side and it was probably worn around the neck as part of an outfit of an elegant woman of that time.

Although our understanding of germs and epidemiology has advanced, we still nurture the notion that foul air is bad for our health. Perfume and deodorants are still widely used today, there are special masks for cyclists on the market, and frequent excursions to nature are also believed to promote better health. Even if we do not believe in the miasmatic theory anymore, the relationship between health and smell is still standing strong.

If you enjoyed reading about this subject and you want to find out more, you can visit the free exhibition ‘Catch your breath’ on the 1st floor at the Royal College of Physicians (open on weekdays from 9am-5pm until September 21) or browse the online museum catalogue.  All the objects mentioned in this text (except for the cane) are displayed in the Symons collection, which is free to visit in the Treasures room at the RCP.

Visit the RCP museum to see these objects up close. Normal opening hours are Monday–Friday, 9am–5pm. Opening times do vary, so please check the website before you visit.

Keeping up appearances: Self-care in the Symons collection

Items from the RCP Symons collection of medical objects illustrate some hygiene habits from the past.

Catch your breath: a new exhibition at the RCP

‘Catch your breath’ is an exhibition of objects, documents, books, art works and stories that explores the meaning of breath and experiences of breathlessness, created in partnership with the Life of Breath project.