Coughs and colds affected communities in the 19th and early 20th centuries in some similar ways as they do today. Infecting people across society, they made up the bulk of general practice complaints.  Despite this, when it came to the study of disease, colds were often ignored. Robert Prosser White, who was very critical of this oversight, attempted to remedy this with his book Catarrhal fevers, commonly called colds, their causes, consequences, control and cure.

Overcrowded housing was one aspect of 19th century life that encouraged the spread of the cold. Space was limited for many people and many shared beds and bed linen. At night windows would be shut up tight to keep houses as warm as possible, and this reduced the amount of fresh air that could circulate. Prosser White noted that these conditions were optimal for the spread of cold germs and he urged people to keep windows slightly open, even in winter, so that proper ventilation would keep the occupants healthy.

The prevention and cure of colds were also big concerns for parents. In Suggestions to mothers on the management of their children, the author known only as ‘A mother’ dedicates an entire chapter to it, quoting that ‘a neglected cold is the forerunner of all evil’. One method of preventing infection, advocated in the chapter, was to ensure that clothing was worn only when dry. Damp boots and uncovered feet were blamed in particular for the spread of the illness, although she does note that in some parts of England and Scotland children who had become accustomed to going barefoot did not fall ill from colds.

Due to a lack of washing facilities in many houses, linens were often sent to laundries for cleaning. ‘A mother’ urges parents (or their servants) to ensure that these linens were dry before use as they often came back damp from laundries scrimping on fuel for fires. For those who wished to be extra vigilant, gadgets such as the portable ‘Damp Bed Detector’ from Hills and Son of Haymarket were available to measure just how damp your linens were. 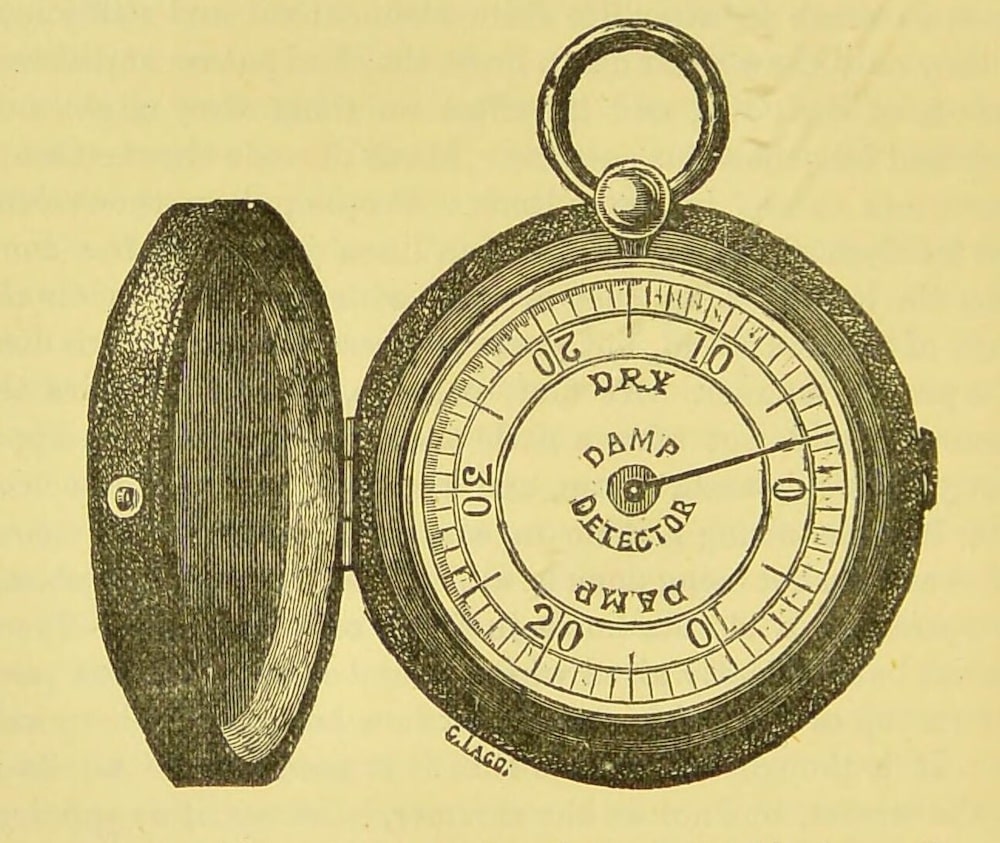 Suggestions to mothers on the management of their children. Unknown author, published London, 1889

If someone came down with a cold there was no shortage of medicines available that claimed to cure it. Many of these the British Medical Association (BMA) considered to be ‘barefaced pretentions in which nostrum-mongers indulge’. The BMA were also concerned about literature accompanying these medicines, which made bold claims, for example, that 20,000 people died in 1908 from catarrh. This literature encouraged the public to take ‘specialist’ medicines such as camphor, quinine and ipecacuanha at the early stages of a cold rather than the usual physician recommended treatment, which was to wait for the cold to pass with perhaps a tonic to strengthen the stomach.

To combat all this cold misinformation the BMA decided to test some of these medications in Secret remedies, what they cost and what they contain. This book aimed to demystify these medications and to expose their actual ingredients. One medication, Keene’s ‘One Night’ cold cure, claimed to contain: ‘Cascara – Bromide – Quinine – Ipecac – Camphor – Bryonia’.

After testing the medicine it was found that there was no bromide, quinine, cascara nor camphor in it at all and only a hint of ipecac.

Cures also came as balms. One, Dr Van Vleck’s catarrah balm, was to be applied inside the nose and across the forehead. It contained mostly soft paraffin and small amounts of eucalyptus, sandal wood and pumilio pine. Burley’s anti-catarrh was a liquid medicine to be taken every two hours until symptoms eased. It laid the blame for colds on a lack of free phosphorus, a condition which it claimed could weaken the brain and intellectual thought. The BMA, however, could not detect any free phosphorus in the medicine despite the odour from the bottle. Secret remedies does not detail specifically if these medications worked but from the lack of claimed ingredients it does not look promising for those hoping for some relief.

For more digitised books from the RCP collection please visit the UK-MHL via the Internet Archive or the Wellcome Trust. The original copies of the books can be accessed in the RCP library reading room.

Find out more about the RCP's library, archive, and museum on our blog, and follow @RCPmuseum on Twitter.