In the 17th century the College of Physicians had only 35 fellows at any one time, all holding widely differing religious and political opinions. Before the Civil War, eight of the fellows were court physician and some, like William Harvey, enjoyed close friendships with Charles I. But the king began to alienate his subjects, including many physicians, imposing taxes to pay for expensive wars with France and Spain.

The College was also unhappy with interference from the established Church which also had the authority to grant medical licenses to allow an individual to practice medicine. The Church was much less focussed on academic qualifications than the College. Some fellows supported the established Church, while others favoured Presbyterianism.

Civil war broke out in 1642 and 7 years of bloody fighting and failed peace negotiations ensued. The royalist forces were eventually defeated by the New Model Army, a professional military created and led by Oliver Cromwell. Charles I was arrested and charged with treason. The king was found guilty and executed on 30 January 1649.

England was declared a Commonwealth with the House of Commons as the highest authority. However, fighting continued until 1651 when the royalists were finally defeated. By Christmas 1653, Cromwell was named Lord Protector with the power to call and dissolve parliament.

Oliver Cromwell’s Great Seal of the Commonwealth from 1651 shows England, Wales and Ireland as if on a map, on one side. The other side shows parliament in session, with Cromwell seated at the centre. Around the edge reads ‘1648 in the first year of freedom by God’s blessing restored’. 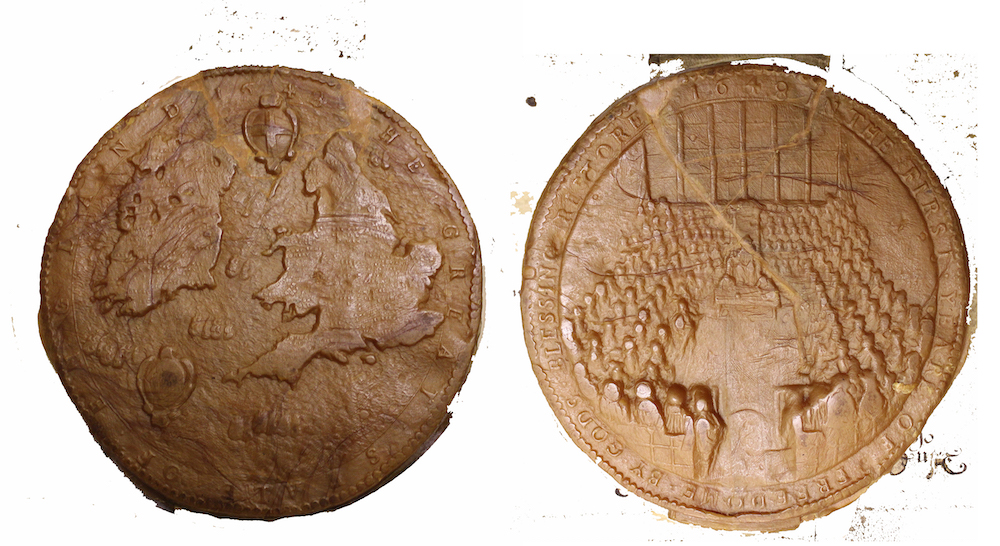 However, this break from tradition didn’t last long. Cromwell’s later Great Seal, from a 1657 deed, shows reinstated royal symbolism of the shield supported by the lion and unicorn; with him seated on horseback on the other side. Cromwell had come to understand the power and authority of these widely recognised symbols. He wanted to transcend their royal associations and use their link to tradition and stability to promote the new regime.

But under the leadership of Oliver Cromwell, and later his son Richard, the country did not find the hoped for stability and consensus. Conflict between the army and parliament led to increased sympathy for the deposed monarchy. This paved the way for the return of Charles I’s son from exile, Charles II, who took the throne in 1660.

As a body the College had tried to function neutrally throughout the upheaval of the 1640s and 1650s, serving the established authorities as impartially as possible given the sympathies of the members. When Charles II restored the monarchy, the College presented him with a lavish gift.

The restored King Charles II granted a new charter in 1663, referring to ‘the Kings College of Physitians in the Cittie of London’. Although this charter was never ratified in parliament, gradually the now familiar title of ‘Royal College of Physicians’ became widely used in publications and documents. 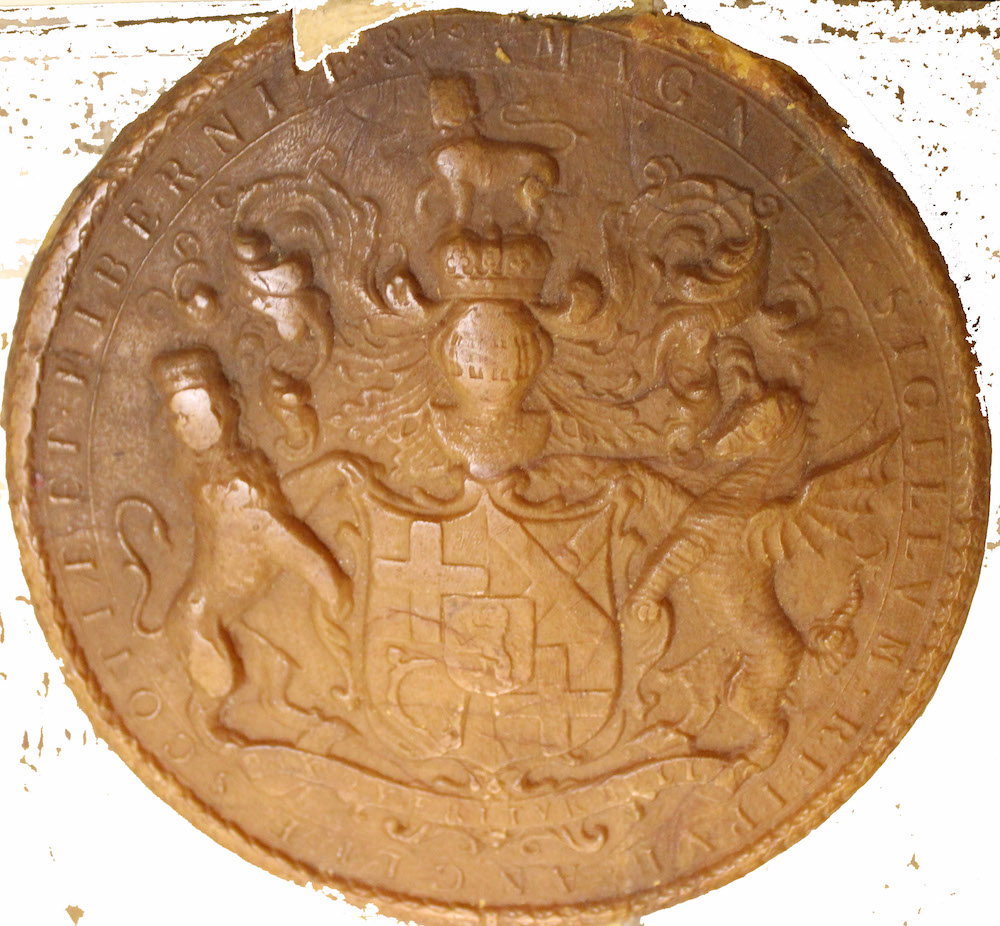 These changing symbols of state authority from the mid-1600s were just some of the items on display in our 2015 exhibition celebrating 800 years of royal power and symbolism using charters, seals and deeds from the Royal College of Physicians collections.

The exhibition ‘Power and beauty: seals, charters and the story of identity’ was on display in 2015