In 1877, three aspiring physicians passed their examinations for medical degrees in the University of Bern. The three, Sophia Jex-Blake (1840–1912), Edith Pechey-Phipson (1845–1908) and Annie Clark (1844–1925) had to take their examinations in Switzerland as they faced discrimination in the UK. Their graduation theses – one of which contains some choice words for the medical establishment of the day – are part of the RCP rare book collections and can now be read online as part of the UK Medical Heritage Library (UK-MHL) project. 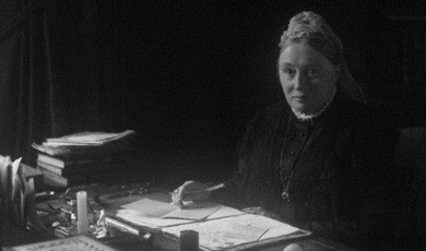 Sophia Jex-Blake was a physician and a campaigner for equal rights for women. Her interest in medicine was sparked while she worked as a clerk and nursing assistant in the New England Hospital for Women. After her father’s death, she returned to England and applied to study medicine at Edinburgh University; Harvard University in the US had previously rejected her request to study there. After a deferral, the faculty of medicine in Edinburgh accepted her application, but this decision was overruled by the university court. Their reasoning was that she could not attend men’s classes and they would not run women’s classes just for her.

Unperturbed, Jex-Blake sought out other women who had excellent credentials and a desire to study medicine. She found four women who fitted the bill – Isabel Thorne, Edith Pechey, Matilda Chaplin, and Helen Evans – and they took the matriculation exams and passed. Once they signed the matriculation roll, they became the first women medical students at a British University. After Mary Anderson and Emily Bovell joined their ranks, not long afterwards they became known as the ‘Edinburgh Seven’. 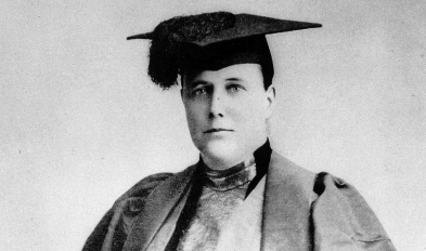 Edith Pechey-Phipson. Photograph from the archives of the Medical Women's Federation, by permission of Wellcome Library, London

Opposition to their presence in the university increased over time: some lecturers charged the women high fees while some refused to teach them at all. Edith Pechey-Phipson received the highest marks in the 1870 matriculation exams, which entitled her to the Hope Prize Scholarship for chemistry. This carried a cash prize and free entrance to laboratory facilities. But the prize was withheld from her and awarded to the man who came second. She was instead given the bronze medal. In an incident that became known as the Surgeon’s Hall Riot, on 18 November 1870, the women were pelted with mud and rubbish and a sheep was even set loose in an attempt to derail the examinations. Despite this, they passed the exams but later still had to take a case to the courts to have their degrees recognized.

Meanwhile, universities in Europe were permitting women to study for medical degrees. Jex-Blake and Pechey-Phipson applied to study in the University of Bern in Switzerland and were accepted. They were joined by another woman, Annie Clark, who had been refused access to study by the Society of Apothecaries in London. The challenge did not end there, not least because all of the examinations and lectures were delivered in German. However, all three persevered and in January 1877 Jex-Blake received her MD. Her graduation thesis concerned puerperal fever, caused by uterine infection after childbirth, an outbreak of which she experienced had while working in Boston. Her dedication in her thesis reflects her struggles. It reads,

To the illustrious University of Bern and those other universities which alone truly merit the name, in as much as they have never sought, by the forcible and arbitrary exclusion of one half of the human race from the higher branches of education, to make either the treasures of honours of academic learning the appendage of a single sex, but have welcomed and fostered the powers of each individual mind, accepting these as the natural and only limit to its requirements and to their public recognition. 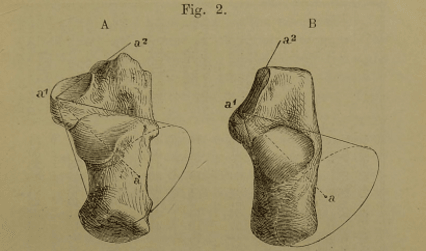 Comparison of the adult and foetal talus bone in the ankle joint of man by Ann Elizabeth Clark, published Bern, 1877

Pechy-Phipson and Annie Clarke also received their MDs in 1877, with theses titled Upon the constitutional causes of uterine catarrh: with notes of personal observations and The ankle joint of man. With their MDs in hand, the three women qualified as licentiates of the Royal College of Physicians of Ireland in Dublin, which by this time had decided to license women doctors.

Their struggles did not cause any of these women to leave medicine. On the contrary, they built long-lasting and influential careers. Jex-Blake opened a clinic and dispensary for poor women. Her commitment to education did not waiver and she taught for many years while supporting other women who wished to study for medical degrees. Pechey-Phipson founded the Medical Women's Federation and lectured on medicine, hygiene and sanitation. After working in Leeds, she moved to work in the Cama Hospital in Bombay (now Mumbai, India). While teaching and working in private practice, she also campaigned against inequality in the medical profession, for women’s suffrage and against child marriage. Clarke went on to work in the Midland Hospital for Women in Birmingham and later Birmingham’s Children’s Hospital. She remained close with Jex-Blake and even treated her during a long term illness.

Over 4,000 items from the RCP rare book collections are now available to be read, downloaded and used free of charge from the UK Medical Heritage Library. Find them in the RCP library catalogue, or directly via the Internet Archive, the Wellcome Library and Jisc Historical Texts.

The following resources were used in inform this post and they are all available in the RCP library: