The RCP's exhibition ‘Scholar, courtier, magician: the lost library of John Dee’ ended last month, but mystery still surrounds some of the books collected by the Elizabethan polymath.

John Dee (1527–1609) made a living for several years as an astrologer, offering advice – for a fee – to his local neighbours and to wealthy patrons alike. One of the books in the exhibition was the astrology textbook and practical manual he used as part of this work.

Astrology was an everyday part of life in Elizabethan England. The movements of the heavenly bodies were used to understand history, to make predictions, and to interpret individuals’ personality and health. Physicians and apothecaries would use astrological information to inform their diagnoses, treatment advice and prescriptions.

One of the foremost astrologers of the age was Girolamo Cardano (1501–1576), a physician, mathematician and gambler from Milan. John Dee owned copies of several of Cardano’s works, and the two men even met once in London, in the year 1552 or 1553. 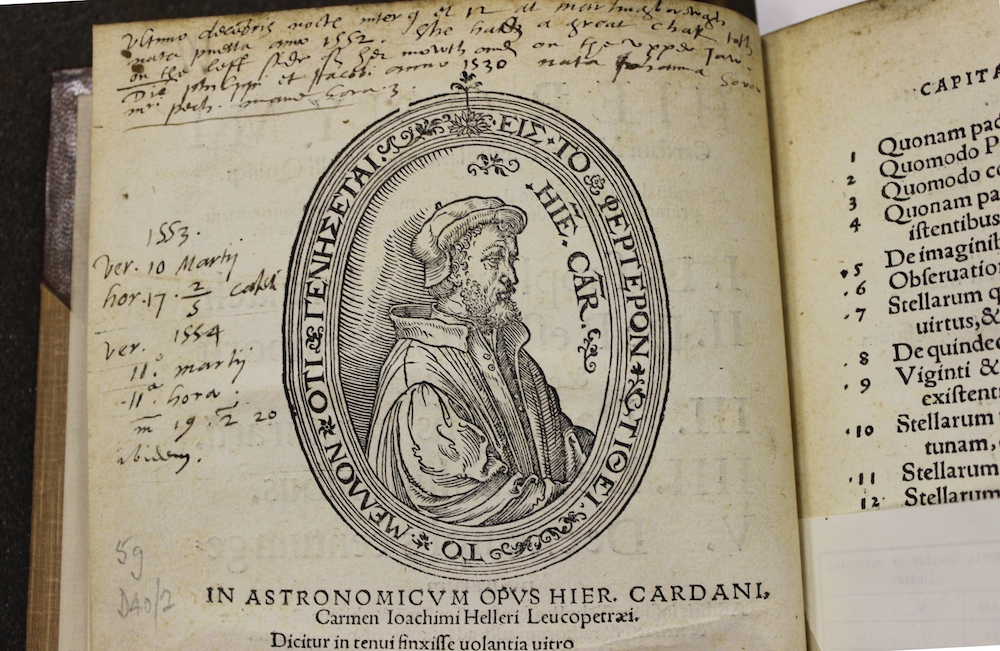 The RCP library owns Dee’s copy of a compendium of Cardano’s works, titled Libelli quinque. The astrological treatises in this book include treatises on the movements of the planets, explanations of how to interpret these, and Cardano’s collection of 100 nativities for famous people from history and the present day. Nativities are horoscope charts — diagrams of the positions of stars and planets — calculated at the exact time of a person’s birth, and interpreted to give information about that person’s personality, abilities, physical appearance, health, wealth, length of life and other features.

Dee’s copy of this book shows that he studied it closely. He has written annotations in the margins, including comments, interpretations and astrological symbols, and he even fitted in newly calculated horoscopes wherever there was space on the page. 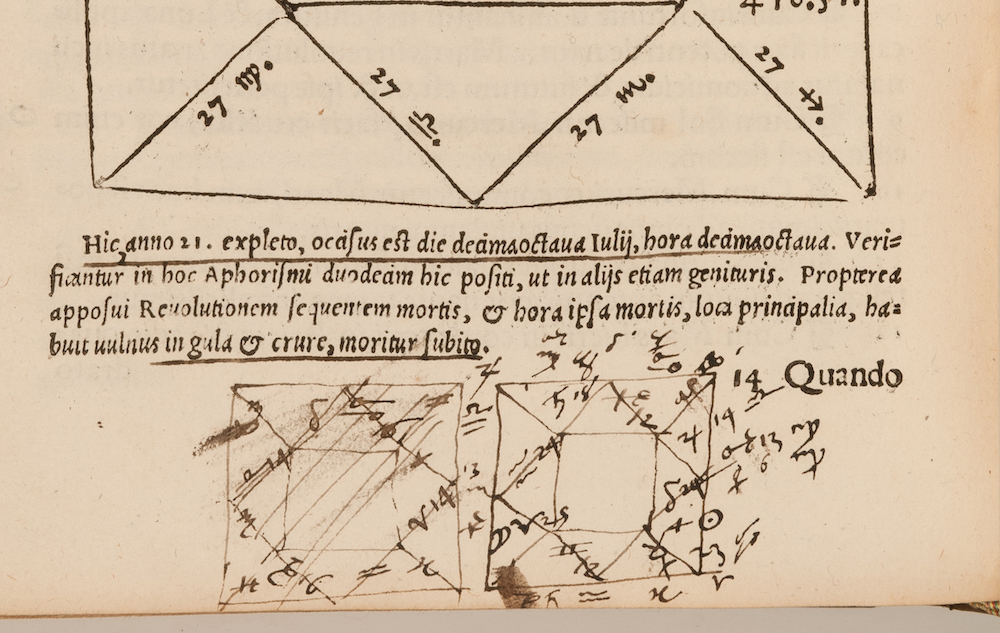 More remarkable still are other notes that he left right at the end of the book: biographical information about himself, his mother, his patrons and other people as yet unidentified. These notes reveal many tantalising details. He records that he started working as an astrologer for William Herbert, Earl of Pembroke (1501–1570) in February 1552. Herbert was a vitally important patron in Dee’s early career: one of the men who introduced Dee to the nobleman at the heart of King Edward VI’s court.

Dee also notes down his mother’s date of birth, and comments that he and she looked very alike, except for their noses. The identity of another person described in the notes is still unclear: Dee records a report of a person born in north Wales in 1519 described as a ‘dwarf’ with a ‘very pretty beard’. 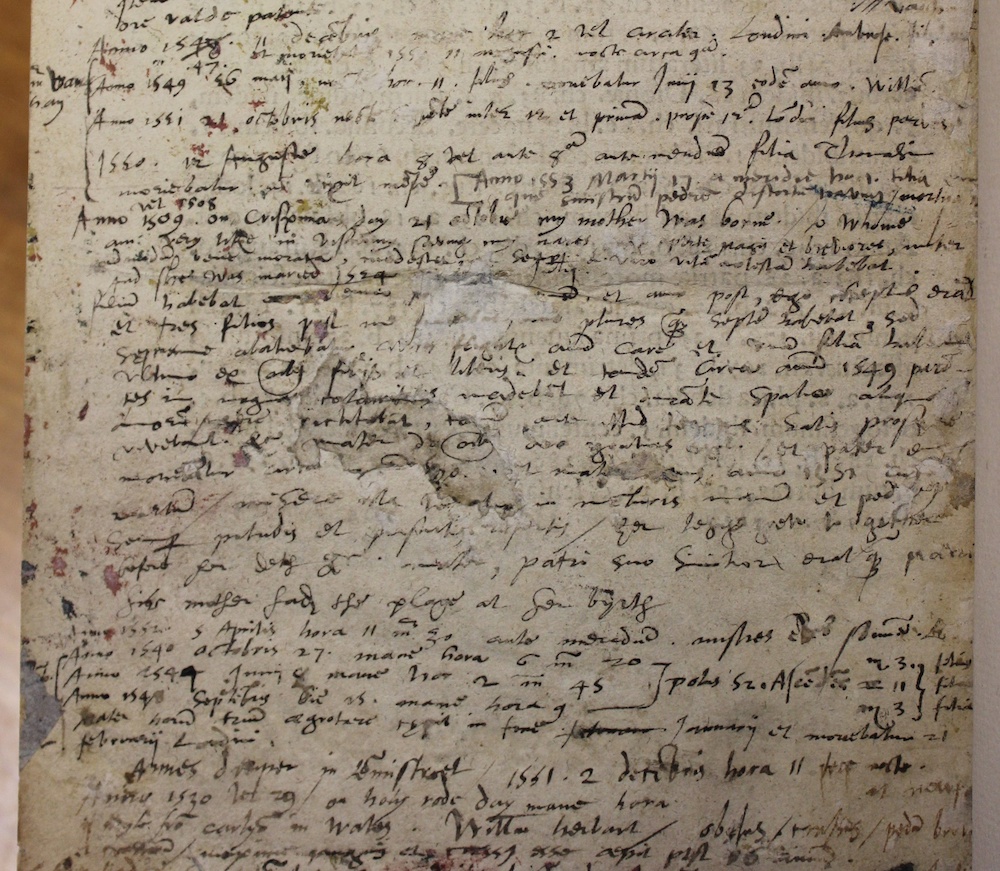 Only a handful of these notes, written in tiny and rather difficult handwriting, have so far been deciphered. The last page of the book was for some time pasted down to the back cover; in the early 20th century this page was lifted up again, but some of the writing was lost in the process, making it even harder to read.

Frustratingly, Dee didn't record any information about meeting Cardano in this book. That detail is noted instead in his copy of Marcilio Ficino's De vita triplica, now in the Folger Shakespeare Library, Washington DC.