The opening ceremony for the RCP’s fourth headquarters in 1825 was a royal affair, attended by five princes, five dukes and politicians from both sides.

A design submitted by architect Robert Smirke was chosen for the new Pall Mall East building. It followed architecture designs similar to many of the gentlemen’s clubs in the area. The building had a classical style with an entrance portico of ionic columns. Its windows overlooked what would later become Trafalgar Square. It was obvious when entering the building that the college had made a move away from the practical side of medicine, as the building now lacked an anatomy theatre. The ground floor contained a dining room that doubled as a lecture theatre and the censors’ (examiners) room on the first floor was lined with the Spanish oak panelling from Warwick Lane. 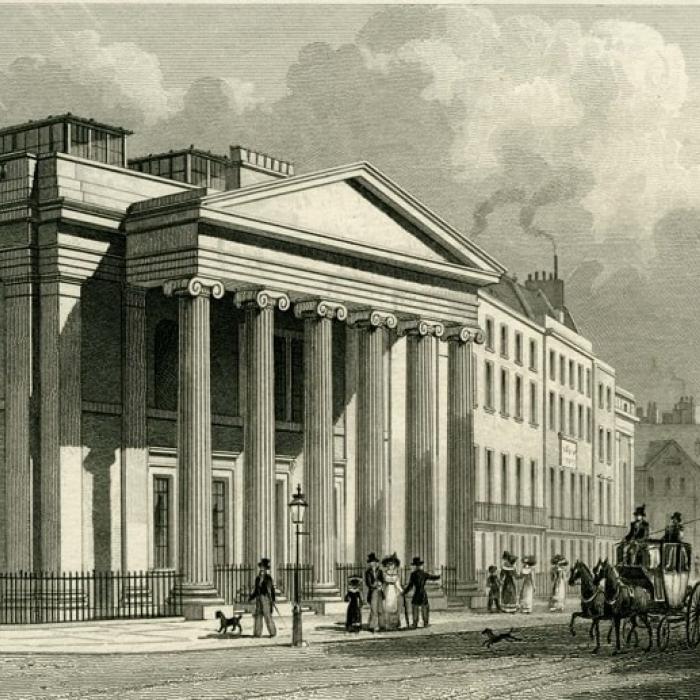 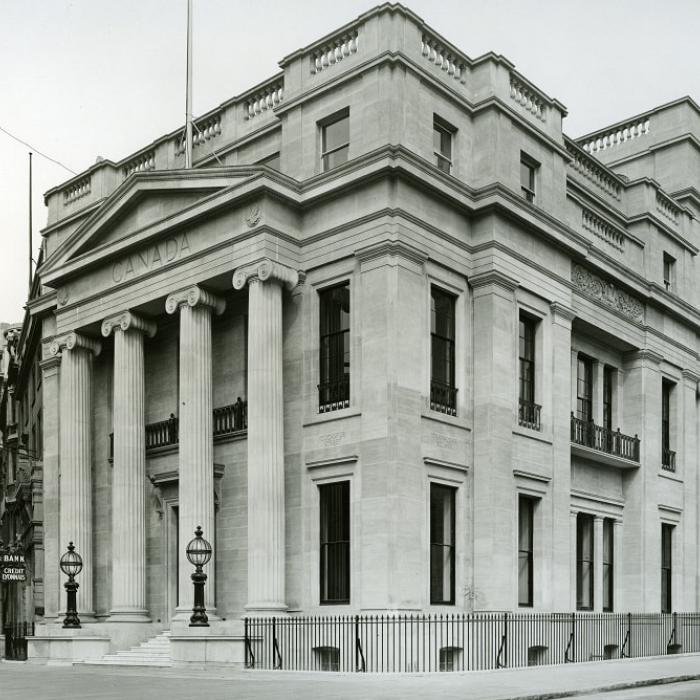 The headquarters was also home to a grand staircase which led to a double storey library lit by skylights. During World War II, a bomb fell through the skylights which luckily only caused minimal damage to the building. By the 1920s the building was becoming too small for the needs of the college. It was eventually sold to the Canadian High Commission in the 1960s.

One of the most fashionable British architects of the early 1800s, John Nash, had remodelled parts of London’s west end at the time the Pall Mall site was built. He had submitted plans, which were rejected. Ironically, he also designed the building which occupied the site of the college's next headquarters in Regents Park. That building was demolished to make way for the fifth headquarters, having been badly bomb damaged during World War II. 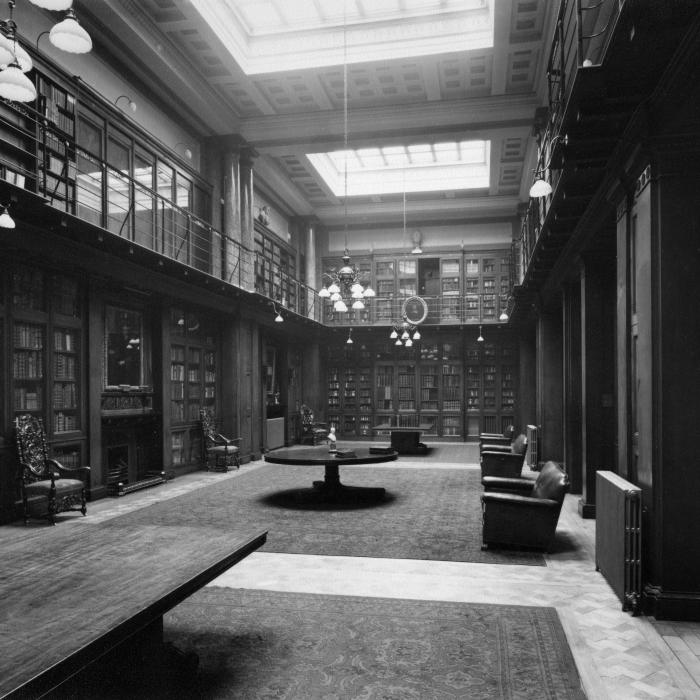 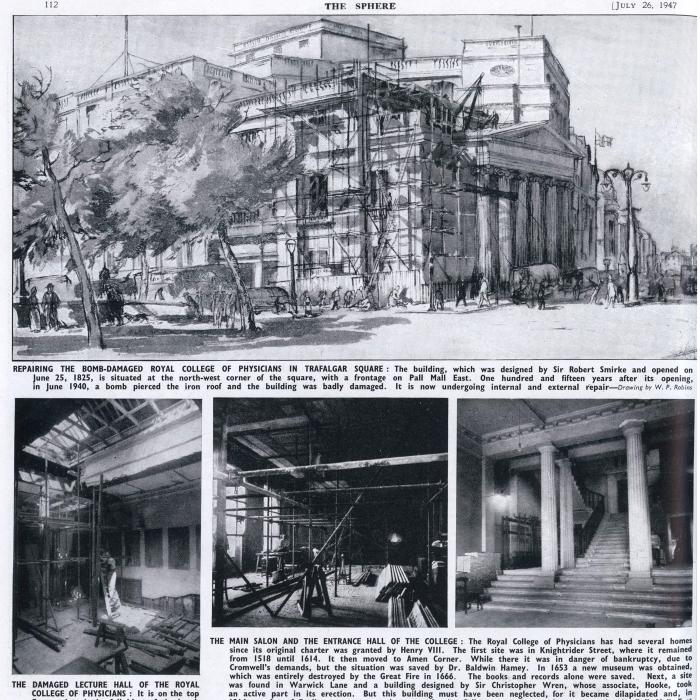 Sir Robert Smirke was originally a pupil of architect Sir John Soane (1753–1837). He was later trained by Soane’s former tutor whilst studying at the Royal Academy Schools in London. After a two year tour of Europe, Smirke was left with a lasting influence on his work, particularly by the architecture of Greece.

The domestic buildings designed by Smirke were mostly in Gothic style. However, he is best known for the Greek revival style of his public buildings, including the college’s Pall Mall East headquarters. Smirke built up a private architectural practice that was the largest in London at the time. He went on to become the official architect to the Office of Works in 1815 along with John Nash and Sir John Soane. The British Museum remains Smirke’s most notable and best known work.

Preserving the history of the RCP’s homes: conserving stained glass

The RCP building houses a number of panels of stained glass, some of which have recently been the focus of a restoration project to improve their condition and display

Two museum studies students from the University of Leicester have spent the summer helping us research unaccessioned objects in the RCP museum.